Home » Featured Article » How long does a hard drive last?

For a long time now hard drives have played a vital role in every area of computing. They’ve played an important part in the development of Mac and PC computers, and as the capacity of hard drives has rapidly increased, they now allow people to store huge amounts of information, videos and music digitally.

One question that isn’t often given much thought is: how long does a hard drive last?

Online backup company Backblaze (who manage more than 25,000 hard drives 24/7) have recently done a study on hard drive lifespan, and the results are quite interesting. 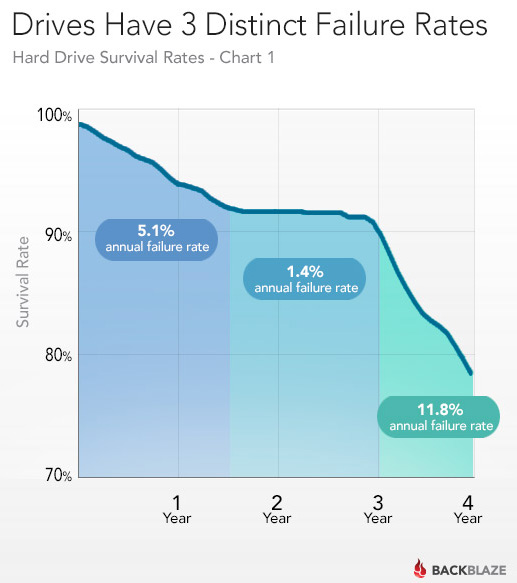 From their testing and real-world experience over the last four years, it appears that hard drive have three distinct failure ‘phases’.

This shows that around 80% of all hard drives will continue working to their fourth year. It is then estimated that the hard drive failure rate would stick at around 12% per year. This means that only 50% of hard drives are likely to last six years.

With this data in mind, if you are expecting to store precious data and archives on a hard drive for a long period of time, it’s vital that you have a backup copy of your data stored on a second drive. If one drive then fails (and the stats show that one of them is likely to fail within 6 six years), you still have a complete set of your data on the second drive. You can then purchase a new backup drive to replace the dead one.

Why do hard drives fail?

Engineers sometimes use what is called the Bathtub Curve to describe the expected rates of failure. There are three main factors where all defects come from: 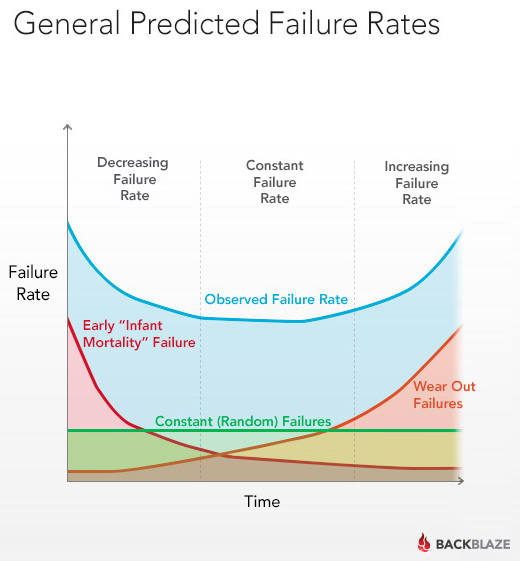 Have you ever experienced a drive that just dies soon after you bought it? If so, it’s likely that within the first 18 months your drive has died due to some kind of manufacturing fault. In that case, take your hard drive back for a replacement! It should still be within the warranty period.

If your drive fails between 18 – 36 months, then unfortunately you’re in the unlucky period of ‘random’ failures occurring.

As hard drives move into the third phase (3+ years), it is likely that most drive crashes are due to internal components wearing out or breaking. Did you know that hard drives have many tiny moving parts, and they spin between 5400 – 7200 times per minute! It is therefore inevitable that many drives will begin to conk out after this much use – that is why the failure rate is so high in this period (around 12%).

Importance of backing up

While it’s a great idea to have your previous videos and photos converted to digital format and archived, it’s just as important to back up your data once it has been converted. If you have a hard drive that’s more than a few years old and without a backup, don’t risk it any longer.

Big Egg Media can provide backup hard drives from around $120 in conjunction with our audio-visual conversion and slide/photo scanning services.

Please comment below if you’ve had an interesting experience with your hard drive, or have found this article useful. 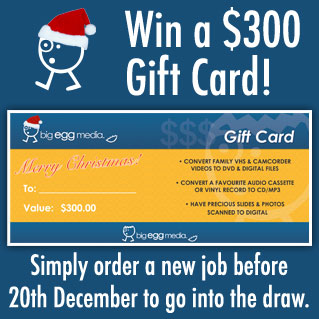 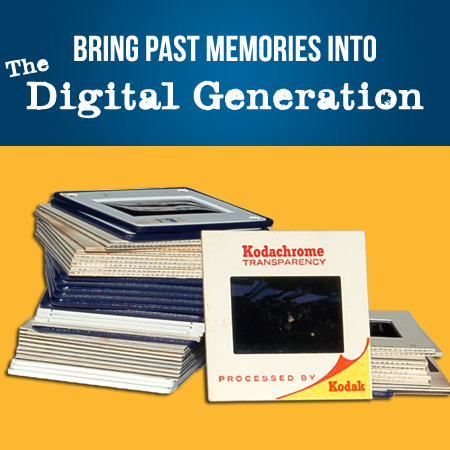 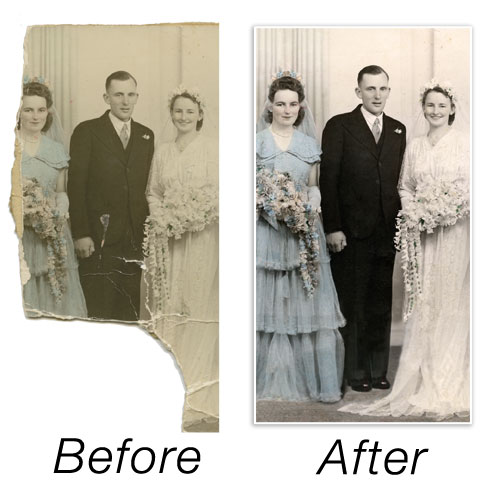